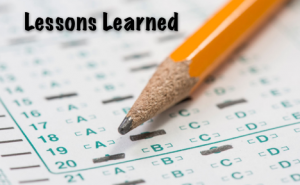 In case you missed the news, many high school students who took the June SAT were surprised to learn their scores were lower than they expected. Some knew something was up as many reported the math section seemed particularly easy. Students and parents were unhappy with the unexpected outcome and took to social media almost immediately to make a case. On Twitter, @rescoreJuneSAT went as far as creating a petition and encouraged followers and those perplexed test-takers to sign in hopes of drawing attention from The College Board.

With many dollars and countless hours spent on preparing for tests such as the SAT, students and tutors work hard to maximize the strategies and content by focusing on specific deficiencies or strengths in hopes to raise the score. Students strive to push the bar on their scores for a variety of reasons. Some are being considered for scholarships or honors program placements. But, the most notorious of them all are those hoping to impress or influence an office of college admission.

The results from the June SAT brought considerable disappointment as it literally changed the story for many of these students. Scholarships would not be awarded, honors programs could not be applied for and that “better score” to flash at admissions was going to be far less glamorous.

Some wondered how this could happen when the SAT is a “standardized test.” Allow me to offer a brief explanation that may shed some light on why and how this could happen. Have you ever taken a test or quiz in a class where the teacher graded on a curve? Well, believe it or not, every time you take the SAT it too is graded on a curve. Most of the time it’s hardly noticeable and it’s meant to keep the scoring standardized. But because the math section for the June SAT was particularly easy to most, it elevated most of the test-takers to the top. There-in-lies the problem — and here comes the curve!

It’s painful knowing the implications of diminished returns on tests like the June SAT. It’s truly heartbreaking when one begins to think about all the lost possibilities. But instead of focusing on how this happened or why this happened, I’d like to suggest a few lessons we might learn from this experience.

Here are a few suggestions to consider as students prepare and plan for their future SAT or ACT tests.

It makes sense as a high school junior or rising junior to take a standardized test “cold-turkey.” It’s a good way to get a feel for the test. Along with learning the general feel for the test, it’s equally important to know about the general content to expect on the test. Self-help study guides can be found at your local bookstore and many test-prep tutors can coach you through the content. When you are unfamiliar with the test and its content, you’ll likely find yourself with a score far below your true ability and possibly even below college admissibility standards. So, do your best to know before you go.

Whether you are an athlete, an artist or a “book-worm,” practicing trains the body and mind to accomplish the desired outcome. Grandma always used to say, “Practice makes perfect!” And, while we know perfection may, in fact, be far away, practice will bring you closer to perfect than ever before. Practicing for the SAT or ACT used to be accomplished only by taking the actual test over and over, resulting in an expensive practice strategy and the results were reported. Now, it’s easier than ever before to practice taking these tests. Both SAT and ACT offer practice tests in their official study guides. For a more realistic practice test, you may want to check out your local test-prep companies. Some of them administer the test under the same testing parameters you would find in an actual testing setting and some even provide a detailed score report for added value! Capstone Educational Consultants is one of those offering such a service.

Taking the SAT or the ACT several times can serve as a series of benchmarks that can assist in knowing where to focus. My grandma used to also say, “Life happens!” And she was right! When it comes to the day you are scheduled to take the SAT or ACT — life will happen. But sometimes life will throw a curveball and take you off your game. Sleep through the alarm? Miss breakfast? Can’t find your keys? Forget your calculator? Family tragedy? All of these and many others can impact your testing performance. This is why it’s important to plan ahead, know the testing landscape, practice and take it again!

This site uses Akismet to reduce spam. Learn how your comment data is processed.